It was a typical Sunday morning for Ann and Ric Goheen on April 5, 2020 at their home in Novato, a city located in the San Francisco Bay Area. Ann read a book in bed while her husband, Ric, who has sleep apnea, slept next to her as he wore his CPAP mask.

Ann looked up from her book when she heard air escaping from the edge of Ric’s mask. She poked his side and told him to check his mask. But Ric didn’t respond. She ripped off the mask and saw his lips were blue. Ann, who is a nurse and used to work on a cardiac floor, did a brief pulse check on him and realized he was in cardiac arrest.

“We were just really lucky that I was awake and noticed and of course that I was trained to do CPR,” Ann recalled.

She immediately started CPR. Then, in a whirlwind, Ann stopped to call 911, chased their dogs MicMac and Rio out of the bedroom and unlocked the front door so that paramedics could enter when they arrived.

Ann used all of her strength to move Ric from the bed and lay him on the floor so she could continue to perform CPR.

The paramedics arrived quickly as they happened to be a block away when they were alerted about the incident.

A fireman stayed with Ann while the paramedics shocked Ric six times before there was a return to spontaneous circulation to his heart. Paramedics rushed him to the hospital where he was intubated.

On the third day of his ICU stay, Ric was extubated. The nurse brought a phone into the room and put Ric on speakerphone so Ann and their three sons could talk to him.

“I love you all,” Ric told his family as they cried on the other end.

Ric spent nine days in the hospital and then was transferred to another hospital where he had an automated implanted cardio defibrillator implanted in his chest. He didn’t suffer any neurological issues.

Two months later, the Novato Fire department held a ceremony to recognize the first responders who treated Ric and to honor him. Ric wore a blue shirt with a green EKG rhythm over the words, “Annnd…I’m back.” Ric gave a few remarks at the ceremony where he shared how much his family meant to him and told the paramedics how much he appreciated their lifesaving actions.

“I’ve always told my whole family how much I love them from the very start,” he said as he looked at the first responders. “And what you guys did is that you gave me another chance to tell them again how much I love them and how important to me they are. And you guys are my family also. I love every one of you. I appreciate you all very much.” A year later, Ric, who previously restored antiques for dealers, continues to do well. He works on his garden every day.

As Ann reflects on her husband’s cardiac arrest, she said she was absolutely not ready for her husband to pass away. Ann, who is a former CPR instructor who received CPR training from AHA, said she wanted to try to do everything she could to ensure that he survived that day. She hopes others will feel compelled to also take action and start CPR if somebody they know or love suffers a cardiac emergency.

“The important thing that I want to pass along is to just try, “ she said. “Even if it’s scary or even if you don’t think you know how to do it, just try because you can make a difference.”

If you are called on to give CPR in an emergency, you will most likely be trying to save the life of someone you love: a child, a spouse, a parent or a friend. Hands-Only CPR has been shown to be as effective as conventional CPR for cardiac arrest at home, at work or in public. Learn the two easy steps of Hands-Only CPR by watching a short training video.

Food and mood have an effect on one another. Understand how they interact so you can make good diet choices and avoid emotional or impulse eating. 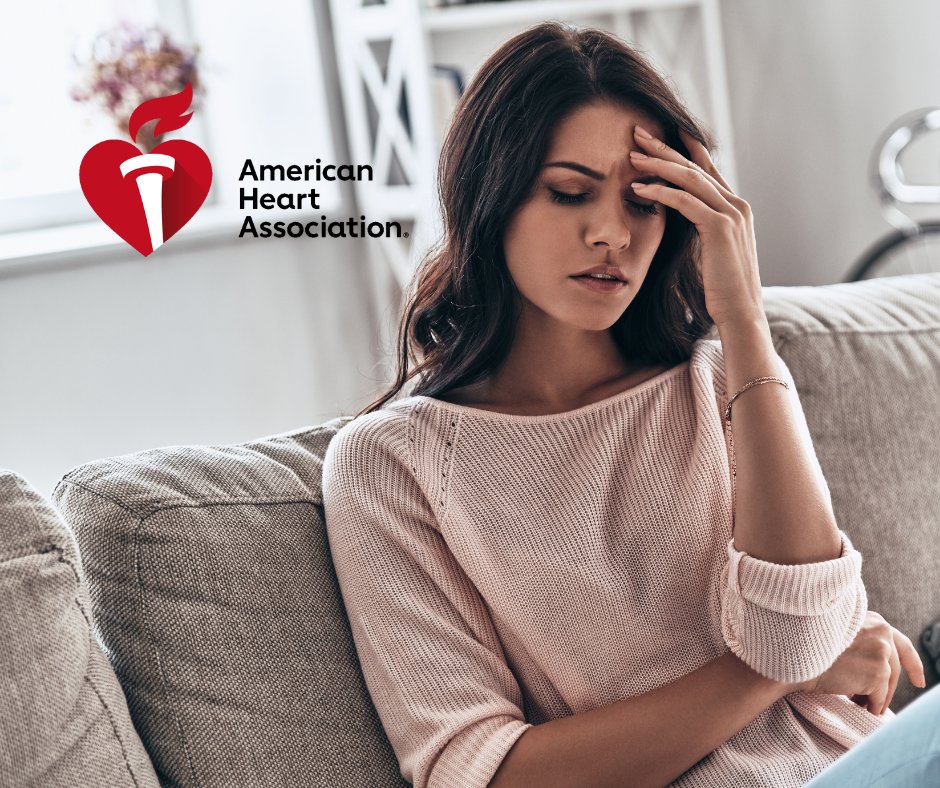 Be sure to share and showcase your commitment to health and safety in the workplace from August 15 - 21, 2022. 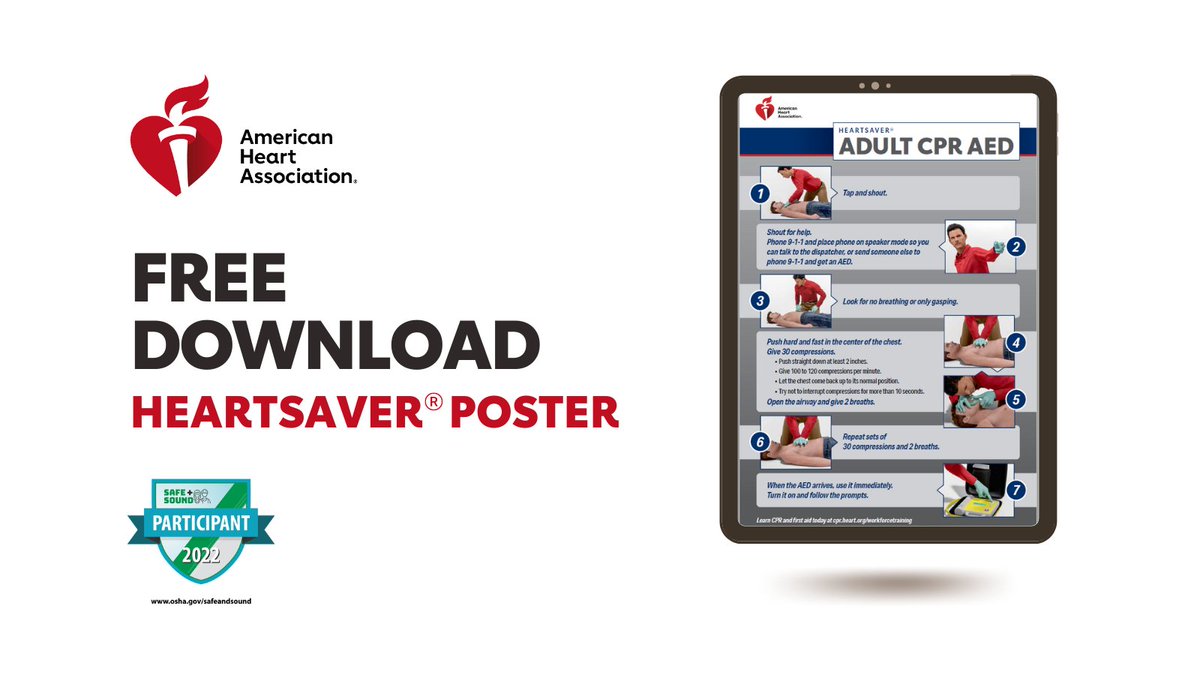 The AHA is a proud supporter of @OSHA_DOL's Safe + Sound Week and encourages you to participate and showcase your commitment to health and safety in the workplace. 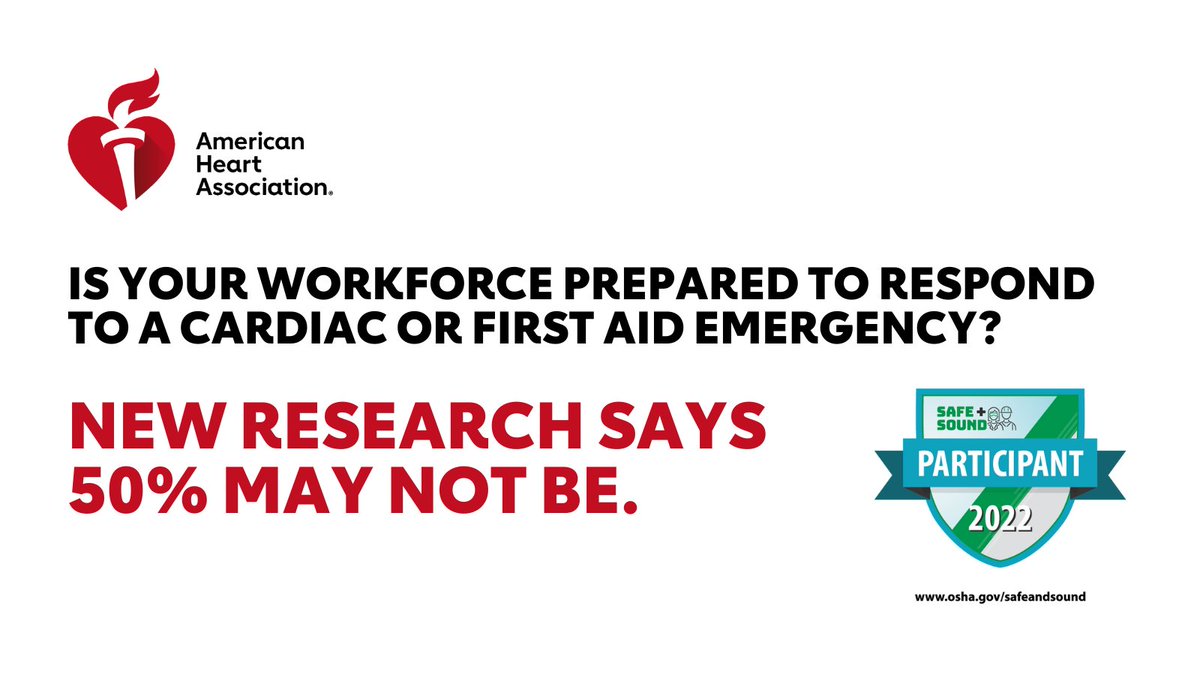