Learn the simple steps of Hands-Only CPR to become a lifesaver in the event of a cardiac emergency. Hands-Only CPR is CPR without mouth-to-mouth breaths and is recommended for use by people who see a teen or adult suddenly collapse in an “out-of-hospital” setting. It consists of two easy steps: 1) call 9-1-1 or your local emergency number (or send someone to do that); 2) push hard and fast in the center of the chest.

In addition, global training and awareness programs increase the likelihood of a lay responder being on-hand to provide CPR and treatment using an Automated External Defibrillator (AED). Programs like Connected Pulse use technology to better connect victims and rescuers – both professional and lay responders. This unique end-to-end solution combines education programs to increase awareness of CPR, the use of publicly-available AEDs, and new technologies to strengthen the ‘chain of survival’ from the moment an incident occurs to the patient leaving the hospital.

Celebrate Heartsaver Month by finding a CPR training solution that works for you and learn how to save a life.

For more information on CPR, visit international.heart.org. All tools and materials to help plan activities and spread the message can be accessed online in English and Arabic. Susan Brooks is a fitness instructor and elementary and middle school archery and track coach in Shawnee, OK. She has been AHA trained in CPR for 30 years. Susan agreed to be interviewed by the AHA CPR & First Aid Blog to share her own holiday miracle with us this season.

Susan, tell us your story.

It was Thanksgiving Day 2013. My husband, Stephen, our daughter and I were walking out the door when Stephen suddenly told me he didn’t like what I was wearing… which was bizarre. He’d never criticized my clothes before! But, OK, I went to change and was looking for a new outfit when I heard my daughter scream from the living room.

I raced in and found Stephen lying on his side across the hearth. He was having a seizure, and his body was locked-up. I was able to move him to the floor while our daughter called 9-1-1.  Once the seizure ended, I checked his vitals and couldn’t find a pulse; I started to perform Hands-Only CPR.

I performed it for what felt like a long time. I was becoming tired, but kept on as I was trained because my husband’s life depended on it. Eventually, Stephen began to move just as the paramedics entered the house. I stopped compressions, searched for a pulse, and felt a weak one as he began to resume consciousness.

Do you know what caused his heart to stop?

They discovered a brain tumor in the ER. The tumor had caused him to seize, and the seizure is what prompted the heart attack. He was taken for emergency surgery to remove the tumor, which was a success.

And after the surgery?

After he woke up, he claims that his chest was the only thing hurting. “Why does my chest hurt?” He actually asked that! “Because I saved your life!” was my reply….

Stephen spent 10 days in the hospital, and incredibly has not suffered any long-term damage. He’s doing great.

What went through your head at the time this happened?

“I can’t believe I’m doing this in my home on my husband on Thanksgiving.” It was surreal, and honestly very traumatic for our whole family. After the fact, I was able to appreciate in a completely new way all of those years of training that brought me to that exact moment.

What has been the impact on your family?

We’re very appreciative that we still have Stephen with us. My daughter now wants to go to medical school. As for me, working in my job I’ve always expected this kind of situation to happen when we were exercising—not on a holiday just walking out the door.

I cannot say enough how grateful I am for the AHA and its training. Their work developing better processes and procedures and promoting CPR education has saved countless lives, including Stephen’s.

What message would you give others this holiday?

You don’t know what you’re going to encounter in life or when, but CPR gives you the tools you need to save someone when that moment comes. What if I hadn’t known what to do in that moment and Stephen had died?

“This is what CPR means to me. That’s the impact. My husband is the one that I was meant to save.” It was October of 2007 when Christopher Goenner collapsed in front of his colleagues. Chris was only 32 and in seeming perfect health. But Chris’s heart had gone into ventricular tachycardia (VTAC)—an irregular rhythm that prevents the heart from pumping blood to the body.

With Chris unresponsive, his colleagues – fellow paramedics – took immediate action beginning with CPR. Chris’s fatal heart rhythm was quickly identified via cardiac monitor. A manual defibrillator was deployed to shock his heart back into a normal rhythm. Fortunately, only one shock was needed. Chris was quickly stabilized and transported to the hospital.

“When I woke, there were voices around me that hadn’t been there last I remembered. I couldn’t see for a bit as my vision was blurry. That’s how I knew something was wrong,” Chris shared with the CPR & First Aid Blog.

At the hospital, Chris received an internal defibrillator and a pacemaker. Incredibly, because CPR and a defibrillator were deployed within moments of his VTAC, there was no fear of brain damage. Chris was able to leave the hospital after only two nights.

“The important thing to remember in my story is – even though my colleagues are paramedics – the actions they took for me that day are all the same things that a bystander could do,” he said. “These are the same things that I would teach my students in an AHA Heartsaver class.” Today, Chris is serving as a program director at Central Piedmont Community College, in Charlotte, NC. He teaches the American Heart Association’s BLS, ACLS, Heartsaver, Friends & Family CPR and other AHA programs. Even better, his experience helps him connect with his students. He uses his personal story on the first day of each class to help drive home the importance of CPR and other lifesaving skills.

“The stuff I teach in my classes would have saved my life, no matter who had performed them,” he concluded. “The value of the public learning CPR is everything. I could have been anywhere… in my neighborhood or in the park. I could have collapsed any place, and bystander knowledge is the only thing that would make a difference.

This is why I teach with the American Heart Association. EMTs and Paramedics are able to provide advanced care, but we wouldn’t have the opportunity to perform that care without bystanders on the scene having the training and taking action with CPR to circulate the blood and oxygen in a victim’s body. My story may be unique because I’m both a lifesaver and a survivor, but I’m no different than anyone else who is still here because of the quick actions of those who just happened to be around when I needed them.”

@TheAHALife Thanks everyone for joining us! Please connect with us on LinkedIn at https://t.co/sSlEwQdqso & https://t.co/QSZCc0F5hd

A6. It’s a lot to juggle co-working with my husband and homeschooling our 3 kids, so I’m thankful for the support AHA provides. AHA has always provided a great work/life balance, and that makes this difficult time much easier. -Lana #TheAHALife https://t.co/HDTJFlt1U4 https://t.co/zTaxQlrLu8
View on Twitter 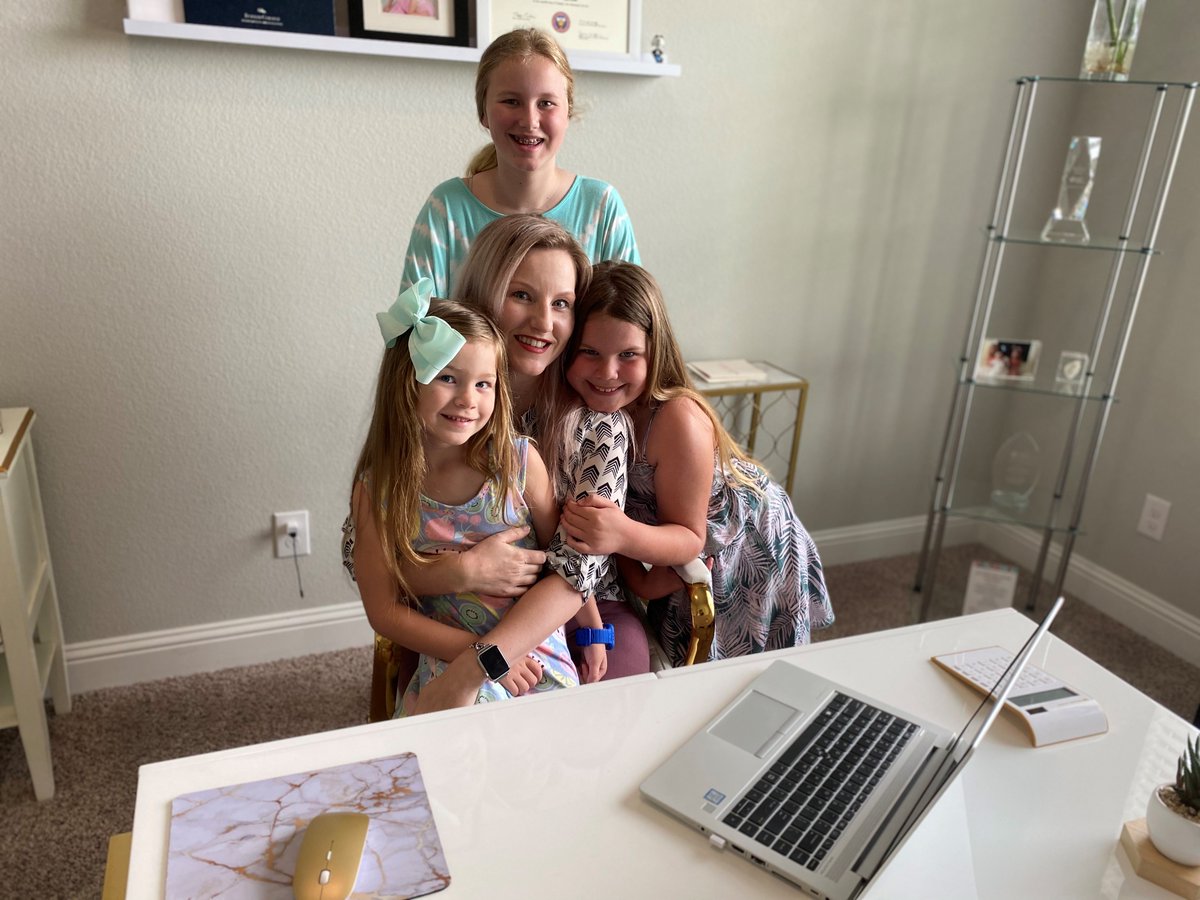 A6. The most rewarding part of my job is spreading the lifesaving skill of CPR to others! Here is a photo of me teaching Hands-Only CPR to students at a local middle school. I can’t wait until it’s safe to get back out there! – Kent #TheAHALife https://t.co/HDTJFlKDiE https://t.co/HqWBrpIcoL
View on Twitter 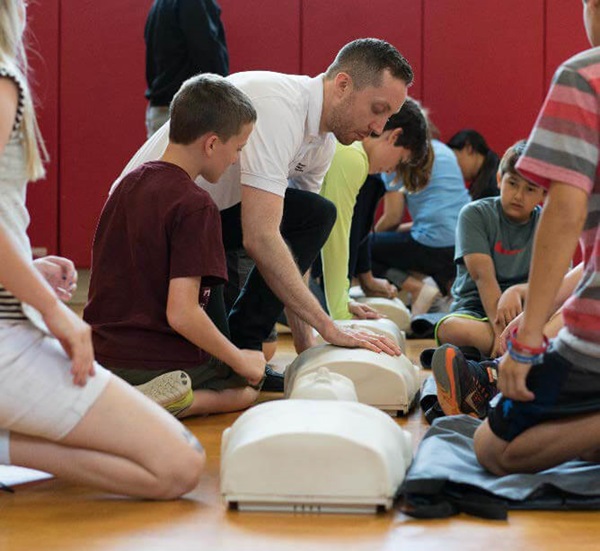