This blog was written by Michael Hulley of the American Heart Association.

It’s been two years since an artery spasm sent me to the emergency department at Baylor Scott & White Medical Center in Dallas. I’d been on the road for 16 days and was sitting in a meeting at the office, which just happens to be the American Heart Association. We’re closing up a discussion about ACLS when it started. Tunnel vision. Tightness in the chest. Pain. Clamminess. Thirty minutes later I’m  en route to the hospital, accompanied by my colleagues, ECC’s senior leadership.

The story ended well, but it’s illustrative of the need for AHA’s global mission. Baylor McKinney had excellent staff, new rooms and the most current equipment. A colleague knew to hand me an aspirin. I got admitted very quickly once at the hospital and was seen by highly trained healthcare providers.

But in my position within AHA’s International division affords me a look on the other side of the glass. What would have happened if this occurred in a taxi in China? Or while in rural Central Africa? I had no idea what was going on – and I’m probably more educated in heart conditions than most. Would I have made it to a hospital? Would the treatment follow the AHA’s Guidelines Update for CPR and ECC or Get With the Guidelines program?

In China, where there is a shortage of doctors and nurses, average citizens gather in a room where medical professionals can examine up to eight people at a time. Hallways are wide to accommodate those who are waiting for treatment. Survival rates from out-of-hospital cardiac arrests are low – approximately one percent.

That’s why what the training and education that AHA is conducting in cooperation with the Chinese government and in 80 other countries is so important. It will save millions of people in that nation over the next decade.

It’s also a significant reason for our support of the World Heart Federation, the global cardiovascular advocacy organization, in its goal to reduce premature deaths around the world from cardiovascular disease (CVD) by 25 percent by 2025.

World Heart Day, September 29, 2016, recognizes that every year, 17.3 million lives are lost to heart disease and stroke. In fact, cardiovascular disease is the leading killer around the world. It’s our mission to change that and give people a fighting chance at survival. One way to do this is to control the four main risk factors of CVD: tobacco use, unhealthy diet, physical inactivity and harmful use of alcohol.

After my scare I made deliberate lifestyle changes to power my life. I work out, even on the road. I changed my diet. I lost 16 pounds when I started taking my health seriously.

It’s time we reverse the trends of premature deaths from CVD and inequalities in low- and middle-income countries, which now account for 80 percent of CVD deaths.

Where you live shouldn’t determine if you live.

3 thoughts on “Power Your Life by Loving Your Heart”

AHA CPR & First Aid ·
@HeartCPR
Staying safe in and around the water is key to a fun summer! ☀️

Check out our "Staying Safe in the Water" Infographic: https://t.co/AlzvVben4T 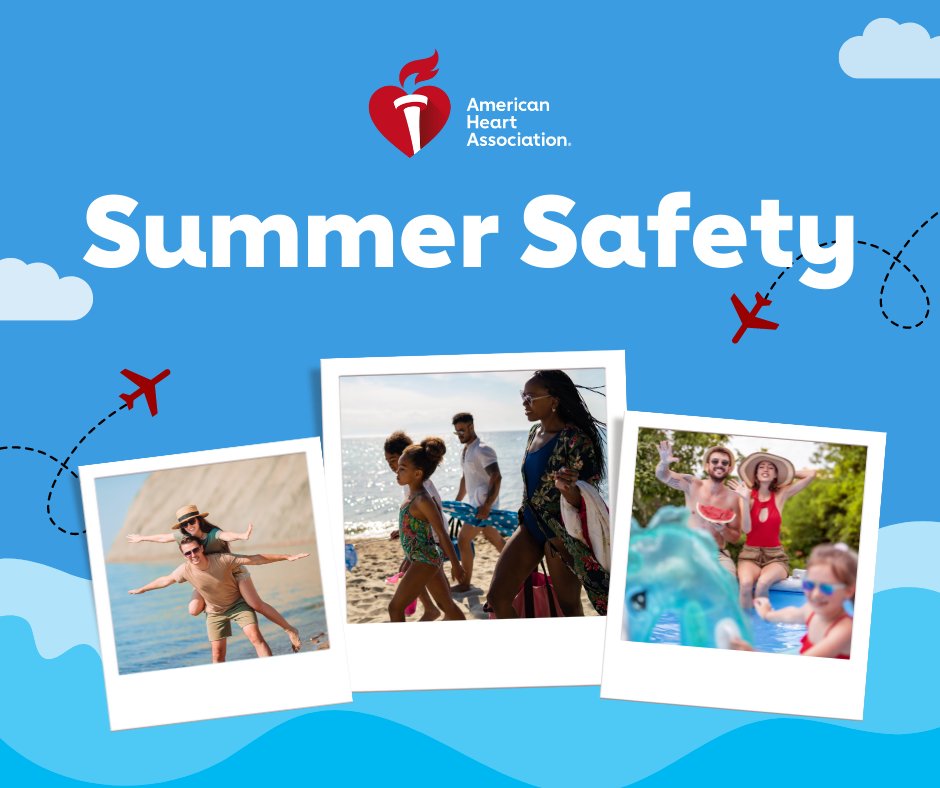 Each Saturday, we team up with @worldpointinc to share unique facts about the heart, and more. Be sure to share!

Today, we learn more about heat-related deaths and illnesses. 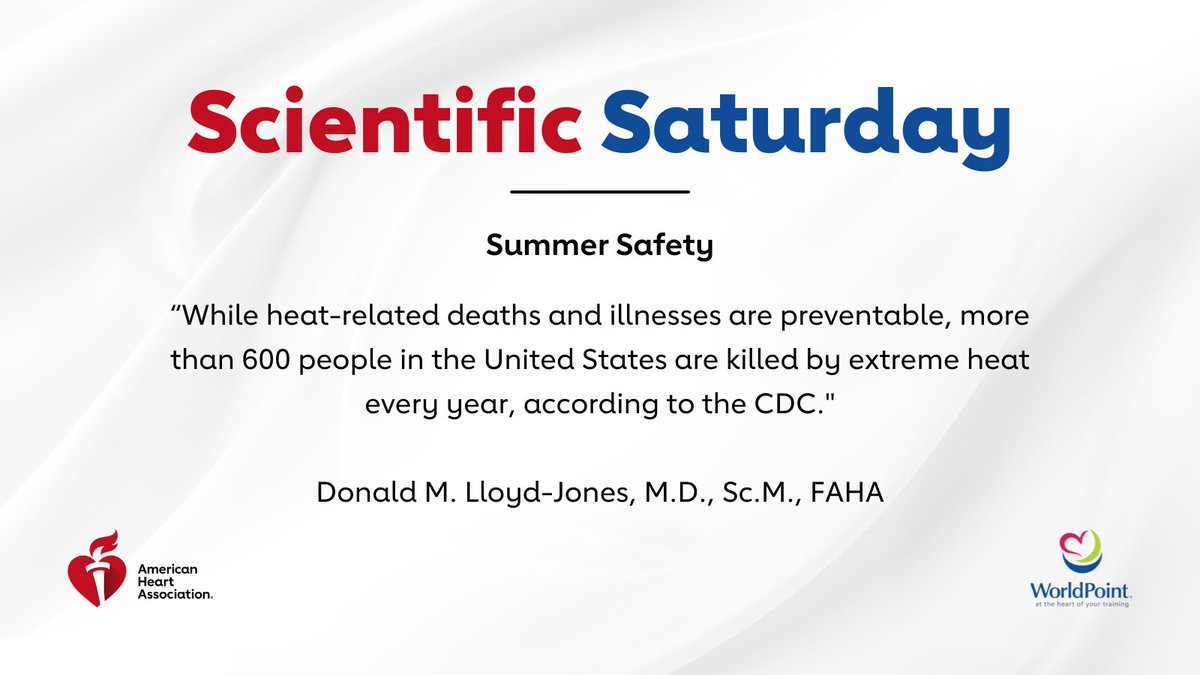 It's the holiday weekend! We encourage you to print out our FREE poster, touch up on your CPR skills, and be prepared for your friends and family. 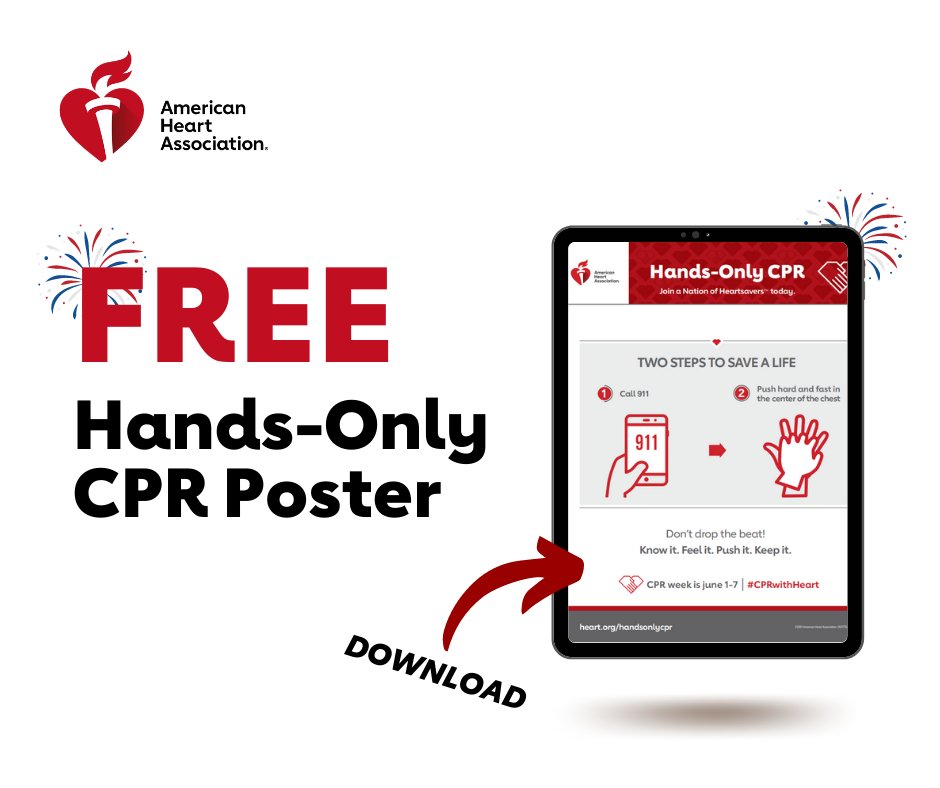